People say, “get out of the old and replace it with the new”; but they clearly never met ASIA 7.

A group dedicated to maintaining traditions, ASIA7 mixes the sounds of Thai folk instruments with modern pop and jazz. Armed with a vu-duang (a Thai violin), a pin (an Isan lute), a khaen (an Isan bamboo mouth organ) and other classical instruments, the formation of 8 musicians presents to the world a distinctive mark of jazz-pop fusion that pays homage to the music that came before us.

Known for their soothing, melodic sound that blends perfectly with traditional folk elements, the group has managed to take their fresh and distinctive soundscape across Asia, from Korea to Laos.

Beyond their sound, ASIA7 also often introduces classic folk tales into their song. In 2017, the group released ‘ขวัญ เจ้า เอย’ (Kwan-Jai-Aey) ‘, a sincere lead on the search for “Kwan”, a Thai folk guide spirit.

“Kwan cannot be seen, like the spirit in every mind. If someone loses a Kwan, he will be discouraged, desperate and disappointed. So, they have to ask Kwan to come back to their mind and give them some power. hope to live. The meaning of the song ‘Kwan-Jao-Aey’ is that someone asks Kwan to come back because they can’t live anymore, “ASIA7 said. Working.

This year, the folk formation begins a new chapter in its musical journey, having recently signed with GeneLab files. As part of their debut under the Thai label, ASIA7 dropped out ‘Lullaby’, a folk-rock song that says a lot about the unique musicality of the group.

Working met ASIA7 to talk about their musical journey, their creative process and what we can expect from the band in their new chapter.

Hi ASIA7, introduce yourself to us!

Hi! We are ASIA7 from Thailand. ASIA7 is an Asian pop group mastering their music with the singer’s clear and soft voice mixed with the sounds of Thai folk instruments such as vu-duang, pin, khaen, saxophone, keyboards, guitar, bass and drums.

The name comes from the music we play. We can’t limit ourselves to the fact that it’s just music from Thailand, it’s actually from us – it means Asia. And the number 7 comes from the number of members that formed the group at that time. 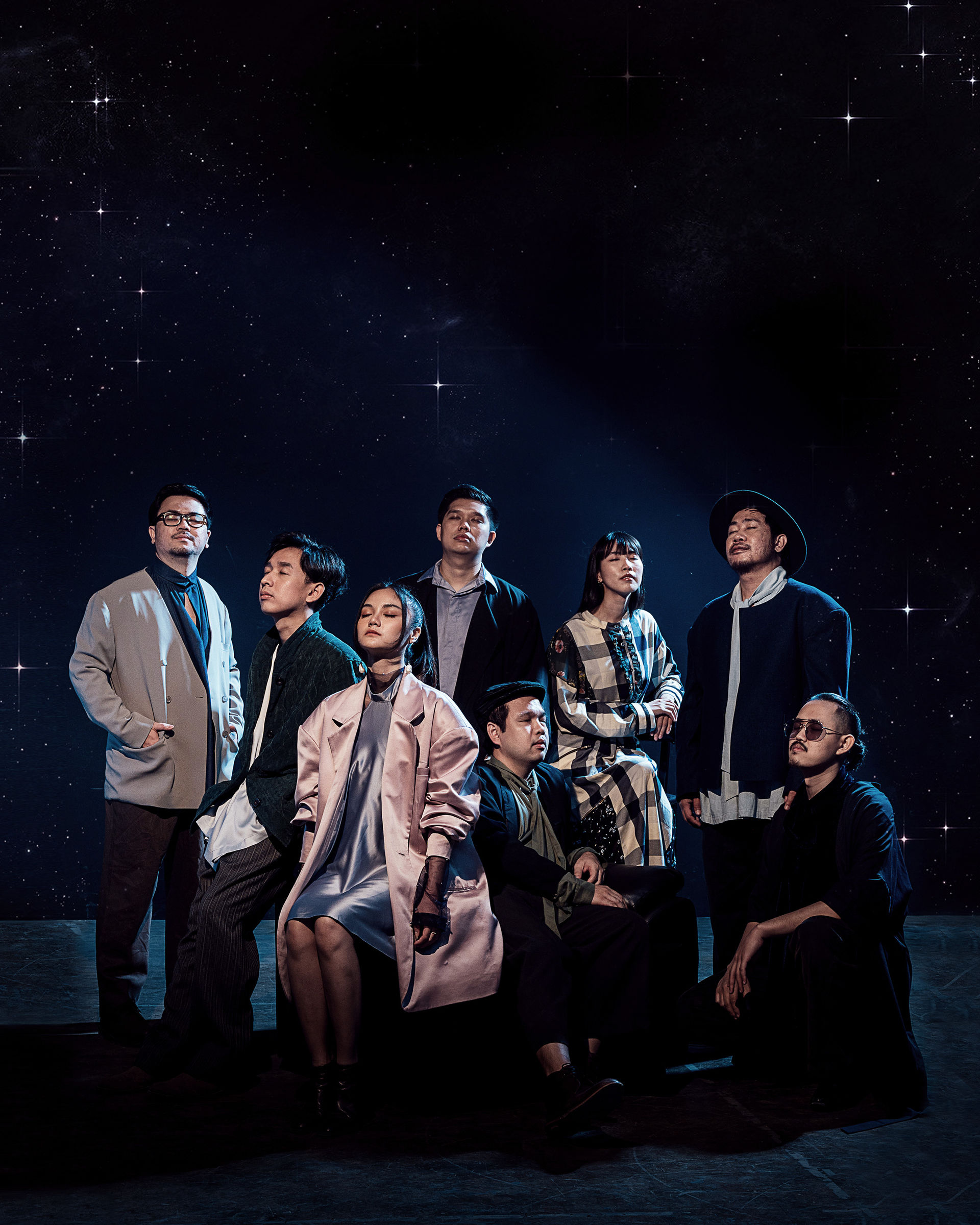 The group was originally formed in 2013 when Ton was persuading fellow musicians who had worked together in College of Music, determined to create some sort of revolution in Thai music scenes. From the start, the main components were traditional Thai music, folk music, pop music and jazz fusion. The final product is an ad hoc band performing occasionally until the official opening of International Jazz Conference in Thailand in 2016.

How would you describe the music of ASIA7? What impact would you like this to have on your listeners?

At first, ASIA7 was created to play instrumental music in styles of jazz fusion and world music combined with traditional Inter and Thai instruments. Then Aoy joined the band, so we started to write songs with lyrics in a more popular way. Now ASIA7 is the music we can call “Asian Pop”, which means you can hear the Asian sound in popular music from us.

The group plays a number of Thai folk instruments such as a saw-duang and a khaen. What inspired you to take these instruments and integrate them into modern pop music?

Because it is the instrument on which we excel and we want to keep our traditional music alive. Pop is capable of serving people today, so it’s a kind of music that interests us because people can easily understand it.

Explain the group’s creative process to us. What is the team dynamic like when working on new music?

We always share our musical experiences with each other, we make sure that everyone updates each other’s ideas. When we start to write or arrange new songs, we usually do jam sessions to explore each of our ideas and try to play them together in several ways to experience the ASIA7 style.

Congratulations on signing up with GeneLab Records. What motivated you to join the label and what do you hope to achieve?

Thank you so much! We have actually been playing in the music industry for 4 years on our own, we do every step of the music, studio recording, music video and also marketing. Thanks to this, we have our lovely little group of fans from all over the country who love our music, but we want to send our music to a larger group of listeners, to keep the traditional Thai instrument alive and attract more fans. . So we decided to work with GeneLab.

In this label we can be ASIA7 as much as we can, in order to meet more listeners who really fall in love with our music.

Tell us about your new single ‘Lullaby’, what story does it tell?

For this song, ASIA7 redefines the concept of a lullaby not only as that of a mother singing with her baby, but also as the natural, unconscious sounds that heal and comfort us when we are in distress and need encouragement. . It is a sound that warms our hearts, reminding us that there is always a force on our side or within us.

ASIA7 has been fortunate to perform throughout the region, from the Philippines to Laos. What are the group’s dream scenes / destinations?

What other than music do you like to do?

What is your biggest dream as ASIA7?

The biggest dream of our life as a musician is to be on the international stage, to perform in the eyes of our foreign fans. And of course we want to be known around the world!